So, Alberto Montanari is this year’s Henry Darcy Medallist. I guess the prime role a citationist is to explain why the medallist is deserving of getting the medal. I will do this. And as this is the occasion to put the spotlight on one individual for an hour or two, I will also share my perspective on what kind of person Alberto is.

Alberto is receiving the Henry Darcy Medal for his physically based stochastic modelling and the major impact this had on water-resources engineering and management. So what is new in his modelling? In his rainfall runoff modelling framework Alberto is treating uncertainties as an inherent property of the hydrological system by framing the probability distribution of the runoff model error as a function of simulated runoff. The approach thus combines the best of two worlds, the process-based approach of balance equations of mass, momentum and energy, and the stochastic approach based on random variables. The nice thing is that it automatically includes an uncertainty assessment and yet it accounts for cause-effect relationships. His framework is not only being used within the hydrological community it has also had some very tangible impact on the practice of water-resources management. One example is the water resources management plan of the region around Parma in Italy. The region around Parma, you will not be surprised, is internationally renowned for the production of parmesan cheese or Parmigiano. A bottle neck of the entire industry is irrigation water for dairy forage. Alberto was asked by the regional government to put the water resources management plan on a new footing which he did by using his physically-based stochastic model. The outcome was a new water resources management plan, including optimised irrigation scheduling, that fully accounts for the stochastic nature of hydrological variability.

A related interest of Alberto is hydrologic change and long term persistence which he again approached by a physically based stochastic framework. He did this by allowing the probabilistic structure of the predictive error of his models to evolve in time. This relaxed the usual requirement of stationary model errors and made the model applicable to a much wider, more realistic set of problems, such as evaluating climate change impacts on changing flood frequency distributions. Whether an observed apparent change is indeed change or just a reflection of long term stochastic behaviour such as the Hurst effect, is something Alberto strongly feels about. He will probably elaborate on this during his talk but he does feel there is still much that we cannot explain deterministically, so randomness is an essential ingredient of any successful model description of change. Together with Demetris Koutsoyiannis and others he has been authoring papers alluding to Chris Milly’s Science paper ‘stationarity is dead’. The titles of these papers of Alberto have resounding titles such as „Negligent killing of stationarity” or “Stationarity is immortal”. I am sure these papers were great fun to write. They certainly make for very enjoyable reading. Demetris can tell stories about the history of some of these papers. As he puts it, thanks to Alberto’s perseverance they were eventually published.

In the last weeks I was asking around among Alberto’s friends about stories that would reflect his personality. I got this one from Luigia Brandimarte. It is about how different people see Alberto: His students see Alberto as an evergreen Italian pop-singer. He is an enthusiastic teacher. We will hear him in a minute.

His friends see Alberto as a climber of prestigious peaks (you would not be surprised as Montanari in Italian means inhabitant of a mountainous region). He indeed enjoys mountaineering with his family and friends. His colleagues see him as "the President”. Again not a surprise. Alberto is the incoming EGU president.

Nicolo' (his son) sees Alberto as an Olympic skier. Yes, skiing is another hobby of his. Part of the father-son bonding. Bonding time is one of the most essential things in bringing up children and – no – this is not something you estimate by the Green-Ampt equation.

Flavia (his wife) would perhaps like to see Alberto more often – work-life balance is a challenge for all of us, including Alberto. I am not sure how Alberto manages, but it is not unusual receiving emails from him in the middle of the night, even though he is in the same time zone. He had an amazing throughput as an Editor in Chief of WRR which I found most impressive when I served under him as an Editor.

I have another story for you provided by Stefano Orlandini that reflects Alberto’s character. This story goes back to Alberto’s high school days. They were class mates. This was the first oral examination in Chemistry and Alberto was very worried about his preparation. In Italy a student can ask for a waiver or exemption from examination once per semester and Alberto was determined to use this waiver on that day. As the teacher started to ask for volunteers there were none. She insisted and then Alberto took the decision to volunteer. At the end he got his first excellent mark in Chemistry. This story shows that Alberto sometimes underrates his abilities, but at the same time is also adventurous.

Another trait of Alberto is that he is a consensus builder. He loves all his friends and wants them all to be happy and united. This is somewhat difficult as he has a lot of friends. In cases of disagreements he uses his diplomatic skills to create conditions that favour "peace". He used these skills, e.g., when preparing the science agenda of Panta Rhei, to be inclusive of all the different opinions voiced. There is of course a tradeoff between how important one’s own personal convictions are relative to those of the others. Same with the Anniversary special issue of WRR he was in charge of as an Editor in Chief. There are different kinds of people, fundamentalist, pragmatic and so on. Alberto is very much a consensus guy. On a discussion on whether the consensus among scientists will reveal the truth he is on record for saying: "I myself use consensus to assess the effectiveness of my behavior and strategies, but at the same time I often get concerned when I realise that people whom I would not admire benefited from a significant consensus. Probably the kind of people from which we get consensus makes the difference.“ This is one of his “perfect friend qualities” as Demetris calls it, and I could not agree more.

Let me finish with referring to a series of Italian movies entitled “Mondo Píccolo: Don Camillo”. The movies are set in what the author Giovanni Guareschi refers to as the "small world" (mondo piccolo) of a small town at the banks of the Po river in Italy, called Brescello in the 1950s. The fictional Don Camillo is a catholic priest in constant conflict with the communist mayor of the town, Peppone. Don Camillo and Peppone have completely different world views, yet they are united in their common interest in the well-being of the town people. I think there is a lot of similarity between the protagonists from Brescello and Alberto in that Alberto does not care about creed or background, he has a genuine interest in making other people happy.

Alberto – many thanks for not only being an outstanding scientist but also the ‘perfect friend’ to so many of us. 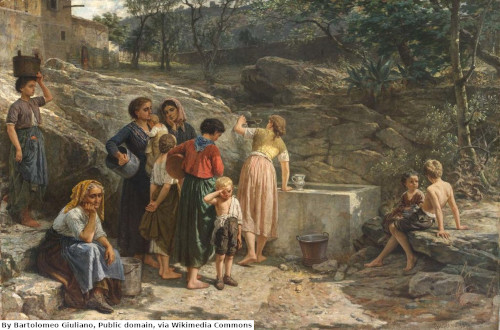 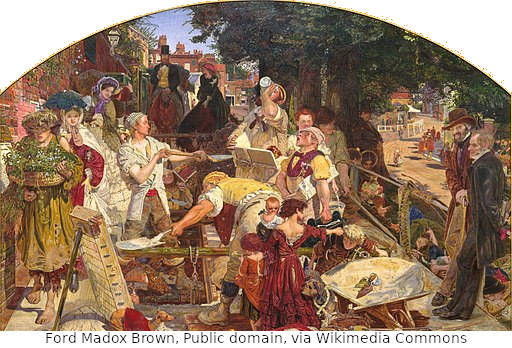 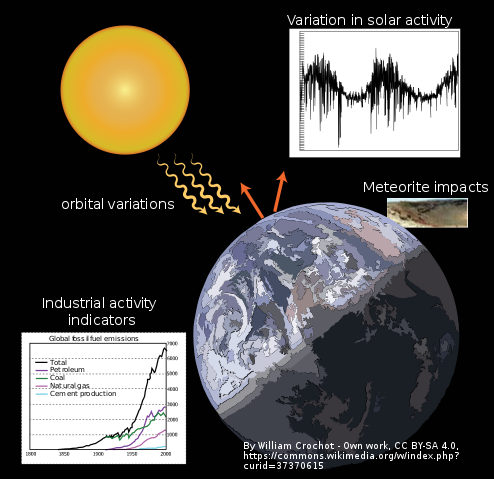 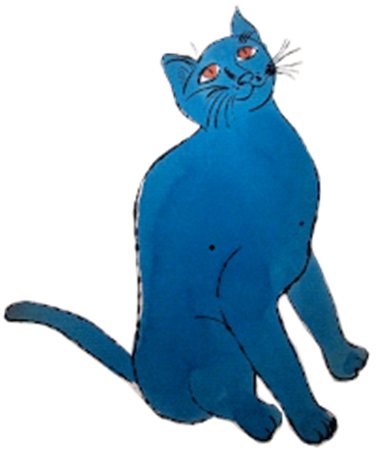 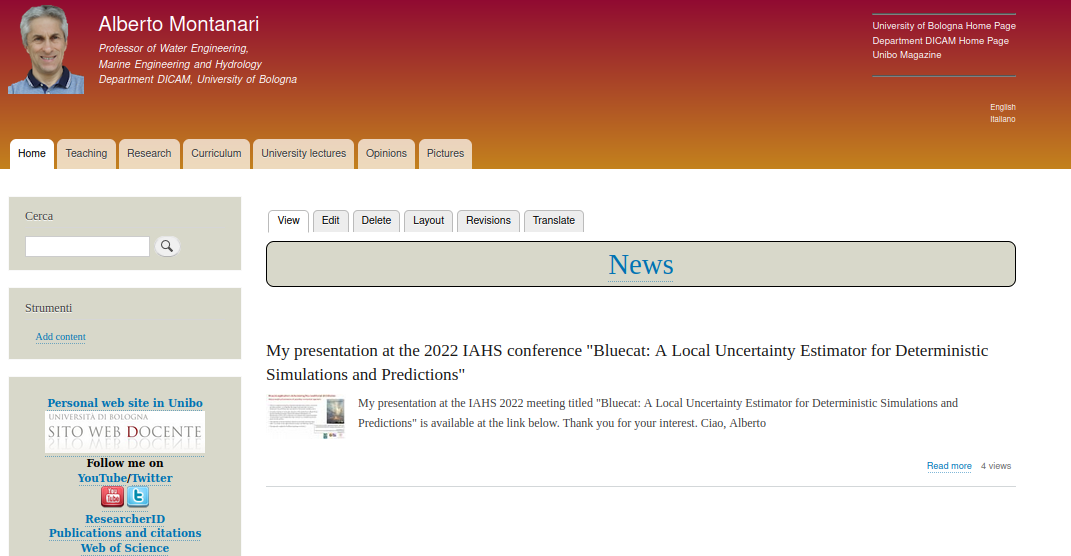